MAKING THIS WORLD A BETTER PLACE 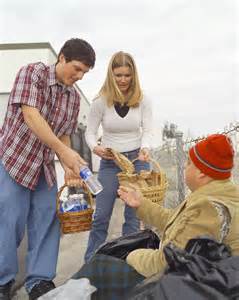 A man on 13th June celebrated father’s day with a difference. He had a choice to had gathered friends at home and enjoy but at an event organized by a school for parents, in celebration of father’s day, he stood up and wrote off the school fees of some of the pupils who he discovered had lost their dad and their mums at the other end have to struggle to cope up with the fees. I was happy when I heard this, that a man left the comfort zone and went extra miles to put smiles on people face. He was not a money bag but he had a heart, so it doesn’t take money but a heart to touch a life. So many people have great visions and dreams to save the world, they speak about making this world a better place yet they have not touch enough lives around them. They speak of traveling far and wide yet those closest to them are nothing to write home about.
You can’t light many candle sticks all at once with one match stick but if one candle is lighted it can light up the rest, so we were bless to be a blessing to others. But the shocking news is that many have been bless but only a few are being a blessing to other, only few are touching people life, only few are making a difference with what they have, that is why the world today with so much money, ideas and innovations might be advancing and revolutionizing but it is never better than yesterday because only few men are still making a difference in people’s life, the majority are after themselves, their ego and their interest.
So-many have said a lot about this world but what I have to say is that education, governance, shelter, marriages and the world at large can be better than how it is today, if we put our heart to making it better. THINK ABOUT IT !

There is so much to tell about me but unfortunately i know just little about myself because everyday i keep discovering who i am and who i am not hence i wake up in the morning ready to be who ever i am.
View all posts by itycharles »
« TO THE GREATEST MAN ON EARTH
UBUNTU – WE is beautiful than YOU and I »

4 thoughts on “MAKING THIS WORLD A BETTER PLACE”